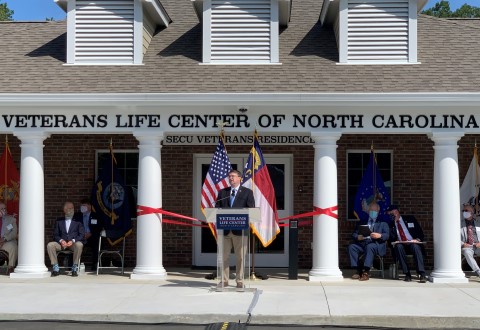 Wilkie and Tucker were among guests attending the grand opening of the Veterans Life Center of North Carolina (VLC), in Butner, N.C.  The center, a 100+ bed residential facility is the brainchild of U.S. Coast Guard and Army Veteran John Turner, who Wilkie declared, “the visionary who said never again” [will our country fall short] of serving our Veterans. 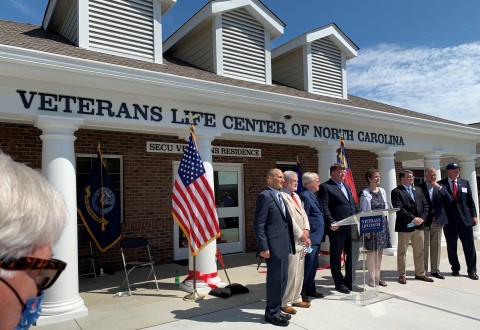 The VLC’s mission is to improve the lives of 21st Century North Carolina Veterans who are experiencing reintegration problems by providing temporary housing and services with the goal of achieving self-reliance in two years or less. 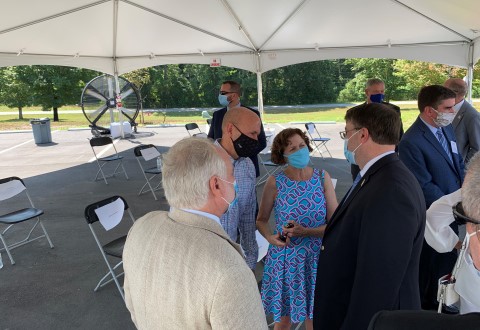 The ceremony, attended by masked, social-distancing guests was also live-streamed. Acknowledging that North Carolinians understood and respected the sacrifices made by soldiers and their families, who, just like his own family, deal with the wounds of war, Secretary Wilkie observed that Turner, an Iraq war Veteran who saw a need to help Veterans and brought thousands together to support his vision and solve the problem, “is a manifestation of all we are proud of in North Carolina.”

Hayden recalled, upon the Secretary’s first visit to the site, not long ago, it was not much more than a slab of concrete.  With a nod to naysayers along the way, who Turner claimed only served to strengthen their resolve for completion, Hayden said, “Well Mr. Secretary, we did it!”

More information on the Veterans Life Center can be found on the web site at: https://vlcnc.org/.